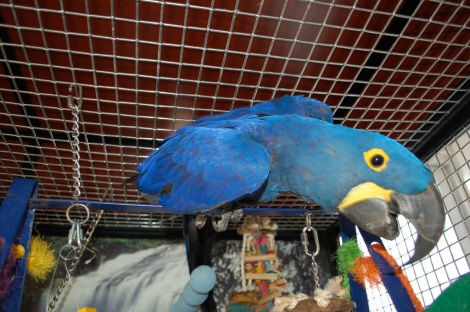 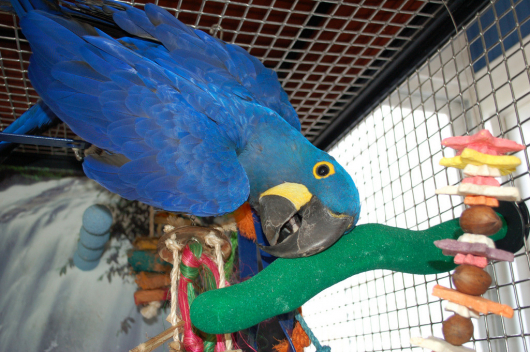 Hyacinth Macaw Parrots spend a lot of time in the upper part of their cages so there should be a number of things there to keep them occupied. If you put in a boing, have it be more towards the middle of the cage than in a corner.

Things to add to the cage:

1) Food kabobs for fresh fruits or veggies provide foraging opportunities.
2) Swings are great and should be the highest perch in the cage.
3) Side-mounted toys provide added stimulation.
4) Add in upper perches that go from front to back instead of just from side to side to add variety.
5) Toys - Aim to have 4 or 5 toys made from different materials and rotate them out to prevent boredom.
6) Add a fourth bowl to hold foot toys.
7) three bowls - one for seed/pellets mixes, one for wet/warm foods/fruits and veggies and one for water.
8) Cage bottom can be lined with newspaper.

Do not use ground walnuts or corn cob litter. These are growing grounds for bacteria when they get wet. Change the paper every day, if possible.

Being very social, Hyacinth Macaw Parrot like to be where the action is. They want to know what is going on and it is important for them to be part of the interaction of the human flock.

Another consideration has to do with what is above the cage. We have talked with several people who had parrot cages underneath one of their children's rooms. It took us quite some time for us to figure out that their parrots were very disturbed by the activity overhead. With small children it was the bouncing and jumping around and with larger kids it was the boom box vibrating the floor above them.

When a Parrot is Sick, It is not a draft that makes parrots ill — it is a variety of germs. If a parrot is very ill, a significant draft may contribute to his problem. However unless a parrot is next to a window where he is exposed to a cold draft, a healthy bird should have little problem with breezes blowing through his environment. Drafts are overrated as a cause of bird disease but make sure that the cage is not in direct line with an air conditioner vent, or for that matter, a heater vent. While the cage should be in an area that receives good lighting, it should not be in front of a window that receives intense afternoon sunlight. 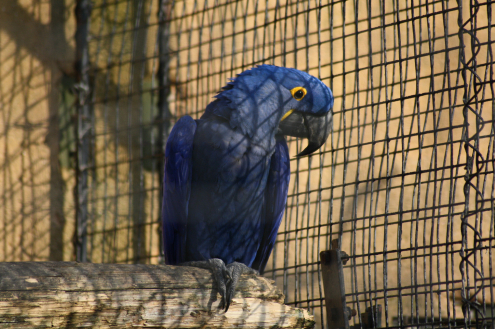 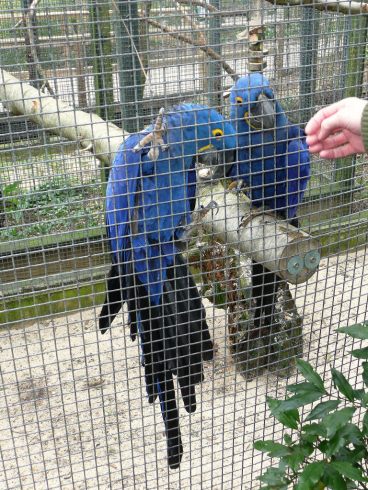 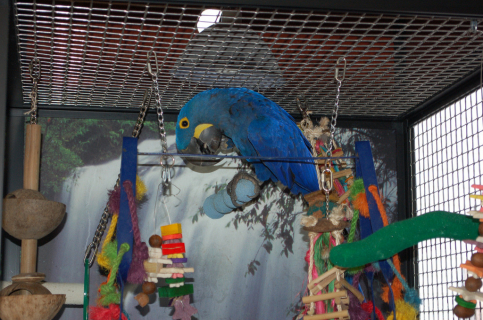 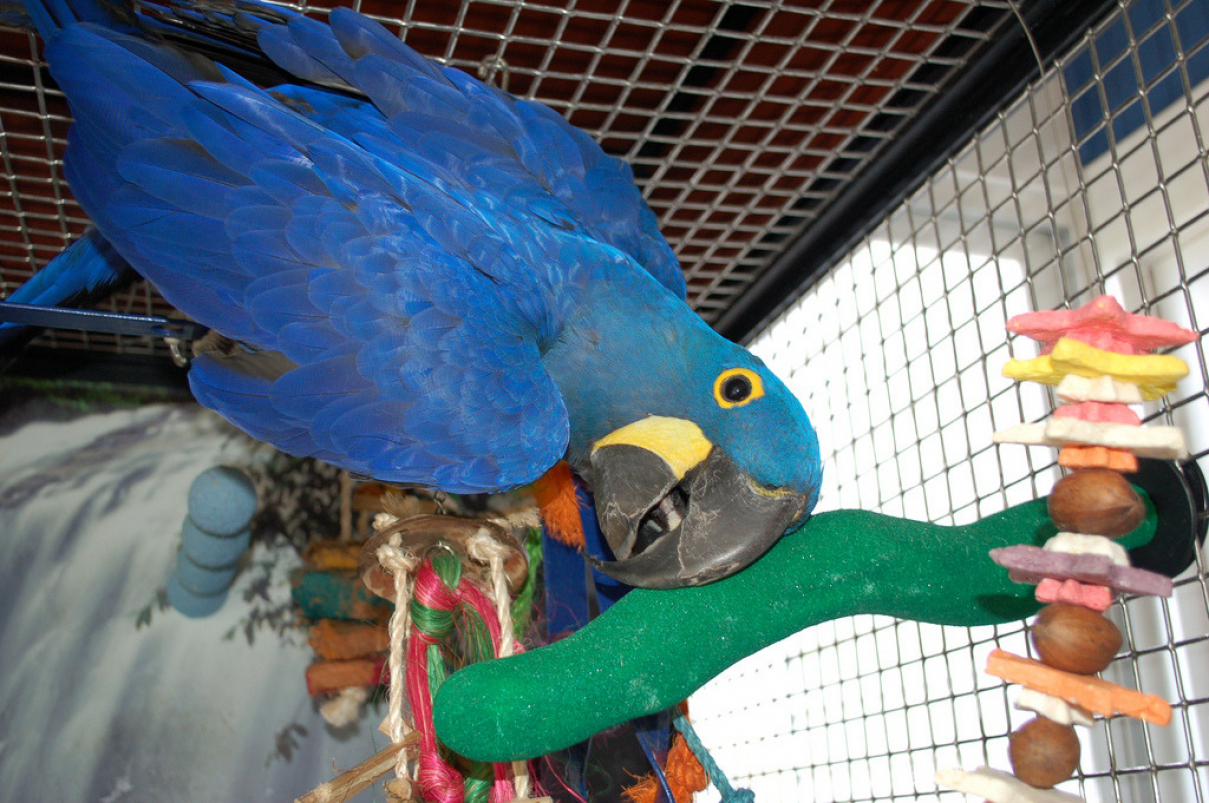 We do not support keeping your Hyacinth Macaw Parrot in a different room there are several birds who keep each other company even if they are not in the same cage. There are many bird owners who think it makes sense to keep their parrots' cage in another room so they don't have to listen to its screaming. This is faulty logic simply because most gregarious parrots will tend to be louder if they can't see what's going on—they need to be a part of the family flock. Being out of the loop creates a much greater potential for screaming.

This can start with the parrot's contact calls and if no one responds to the calls, the parrot may start to scream so he will get the attention he wants. If he lives in the same room where people spend most of their time, the Hyacinth Macaw Parrots can get his social needs met more easily with ambient attention. Ambient attention is defined as the time spent in the same room where there is occasional calling back and forth. The parrot is in his cage or on his playgym but he is not receiving physical attention. If he calls to the people in the room with a simple sound or a more elaborate, "What are you doing?" he receives a response such as, "I'm reading the paper," or "I'm watching the TV." For most parrots this is a very significant interaction. A response is reassuring and helps keep him secure about his place in the family flock.

Although it is important that people share their living areas with their parrot, the Hyacinth Macaw Parrots cage should not be in an area where there is a great deal of Choas. Some parrots may thrive on lots of action while others may be intimidated by being in an area with too much action. Lots of kids coming in and out of the door, dogs barking at a nearby window, people going up and down the stairs, and a loud television or radio are examples of activities that can create too much chaos for a permanent cage location.

One parrot was driven to the brink because his cage was right next to the big screen television. While many parrots love to have their cages next to a window so they can see the outside world, this location also comes with a warning. Too much activity can be intimidating for some Hyacinth Macaw parrots. Many people like to have their parrots' cages at a window so the parrots can derive entertainment from watching the outdoor bird feeder. This is a good idea and does give the parrot something to observe while their human friends are away. However, it can be scary for the parrot if a raptor flies down and gets one of the birds at the feeder.